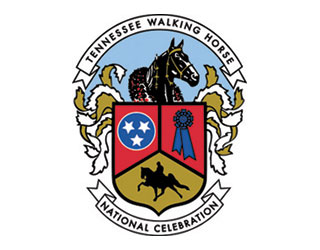 The 82nd Annual Tennessee Walking Horse National Celebration will be judged by the experienced panel of Rollie Beard, Ross Campbell, Mike Hilley, Sam Sorrell and Leigh Stuart. The panel has a collective 20 Celebration’s judged between them.  “We are excited to announce this panel for our 82nd Annual Celebration. They bring a wealth of knowledge in both our flat shod and performance divisions as well as a geographic diversity in where they come to us from,” said Celebration CEO Mike Inman.

The Celebration judges’ committee met on Monday July 6, 2020 and made the recommendations to the full board who later that day ratified the selections recommended by the committee. The Celebration affiliates with the SHOW HIO, which is owned by The Celebration and selects the panel from the list of AAA licensed judges at the SHOW HIO. There were 20 AAA judges that expressed the desire and availability to judge this year’s show.

Beard, from Lewisburg, Tenn., is the most experienced of the panel, judging The Celebration eight times previously. The most recent was in 2014 but also includes stints judging in Maverick Arena in 1988, 1994, 2002, 2005, 2008, 2009 and 2013. Beard has been active lately in some of the industry premier events including the 2019 Spring Fun Show, Money Tree Classic and North Carolina Championships. He also judged the Columbia Spring Jubilee this year.

Leigh Stuart, from Alvaton, Ky., has been a popular choice in recent years and will be making her fifth appearance at The Celebration. Stuart previously judged in 1997, 2013, 2016 and 2018. Stuart also judged the Tunica Fall Classic in 2016 and 2019 for The Celebration and she too has judged The International.  Stuart is respected for her knowledge of the SHOW rulebook and her role in the drafting of it.

Hilley, from Shelbyville, Tenn., will be marking the cards for the second time in 3 years. Hilley judged The Celebration for the first time in 2018. Hilley has judged the Tunica Fall Classic  in 2014 and 2019 and most recently judged at the 2020 Money Tree Classic in Calsonic Arena.

Campbell, from Cullman, Ala., will be making his second appearance in the big oval. Campbell judged with Stuart and Hilley at the 2018 Celebration. Campbell has also judged the Tunica Fall Classic, FAST Spring Showcase, Gulf Coast Charity and Money Tree Classic. Campbell also judged this year’s Columbia Spring Jubilee with Beard.

Due to the COVID-19 pandemic the Celebration felt it prudent to select two alternates for this year’s show in case any of the five initial selections were to fall ill and be forced to quarantine. Chris Bobo and Paul Robbins will serve in those alternate roles, after both received serious consideration by the committee.

“We are extremely excited to work with this group of judges to make our 82nd Annual Celebration the best it can be. Competition has been extremely tough to start the year and we expect large numbers and deep classes for this group to consider later in August,” concluded Inman.

Judge dismissed the HSUS vs USDA, we have full suit.

HOT Topics in our WHC Forums!

Judge dismissed the HSUS vs USDA, we have full suit.