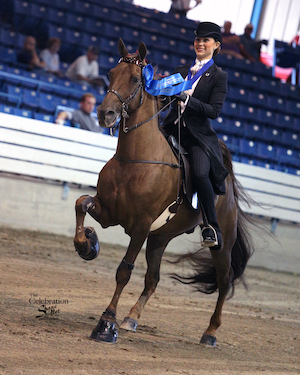 You’re In Command, aka Major, was owned and loved by Alice Klein at Alice Klein Equestrians. He was the heart and soul of her lesson program and has been the start to many kids’ riding careers. Major had been shown in a variety of classes from Walk Only to Amateur Specialty to Three-Gaited Equitation classes…excelling in all divisions.

Bred by Crawford Colts, Major was born May 17, 1999. He was by I’m In Command and out of the Pride’s Royal Master Mare, Christie’s Threat.

You’re In Command died a classic horse at the age of 21, having been laid to rest on Monday, November 2, 2020. All the lesson kids are devastated with the loss of their favorite barn companion, but the impact Major had made on all the kids through the years will never be forgotten. Rest easy Major.

HOT Topics in our WHC Forums!